I will admit it: I am strange.

There are times when I explain things to people, and I see their eyes glass over, or I see the tiny smirk that comes into them. People think I am strange sometimes, and I get it. I hear stuff that people don’t say, and I see things that aren’t there. And often.

It’s one of the many perks of being committed to living in my head. I’m cool with it.

This afternoon, one of my coworkers went out to look at marble for a client counter top. He brought some photos back, and was asking my opinion about the four different styles. The one advantage I have in this office is that I am not an architect, and so my opinion on certain things comes in handy.

When we got this this slab, my mind conjured up an entirely different image: 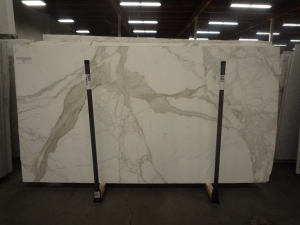 Sure, to most people it’s a boring marble slab. But to me, it’s resemblance to Michelangelo’s The Creation of Adam is crazy. It took two seconds and my mind immediately saw it.

Oh well. The weird looks I got were kind of worth it.